From Part-time to Yorkshire Director 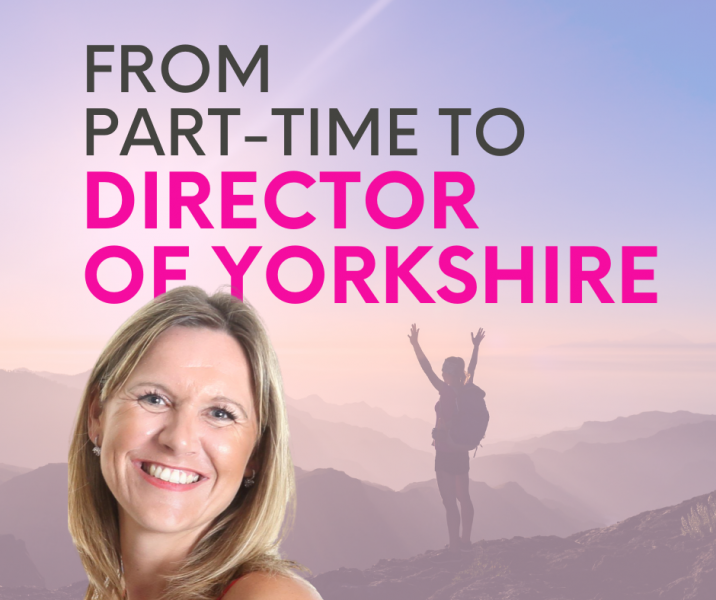 Today marks the 10-year work anniversary of our Yorkshire Director, Donna Asquith. What a journey it's been! There's been many achievements, celebrations, laughs and challenges along the way!

Donna's Mpeople journey began in March 2011. Following maternity leave, Donna sought a healthy work-life balance, which she believed was the key to her having an identity, not just one being a mother. Unfortunately, her previous employers were unable to accommodate part-time hours and she started to seek new career opportunities elsewhere.

She soon came across Mpeople Recruitment, a company that truly puts people at the heart of their business. Mpeople prides itself on having a flexible working culture, in order to boost productivity and increase employee morale and job satisfaction.

Working 3 days as a Recruitment Consultant for Commercial and Office personnel, Donna's efforts paid off and she became the top biller in Leeds on part-time hours, winning her very first award! Following this outstanding achievement, she was quickly promoted to Assistant Manager of the division.

Donna's desire for success led her to realise that her true potential lay in the Sales and Marketing sector, as she already had a wealth of experience in this field. With her existing knowledge and expertise, she asked the Mpeople Director, Liz Harrison, if she could set up her own Sales & Marketing team.

Being a business that supports the personal and professional development of its employees, Mpeople were more than willing to bring this dream to life. Donna and Mpeople took a chance and Donna relocated to the Wakefield office to set the division up. Was it worth it? Absolutely, what a year it was, in fact, Donna found herself so busy that she had to recruit a new consultant to help with the high demand. The Sales & Marketing team flourished, billing an impressive £140K in the first year alone.

Fast-forward to 2016, Donna was asked to consider managing the whole Leeds team, which is a goal Donna had set out to achieve. Without hesitation, Donna said yes and managed Leeds' key accounts with huge success. Earlier this year, Donna's career progressed even further when she deservedly became the Director of Yorkshire.

Donna expresses her gratitude to the team and vision for the future "My plan is to grow and strengthen individual divisions. I hope to see many more parents, like me, join the team who are looking for a supportive work-family like I did... I couldn’t have done this without Mpeople's support."

Mpeople Recruitment have every faith that Donna will succeed in making this happen and wish her every success in her new role of Director of Yorkshire.

Why You Should Work With REC Members as A Job Seeker

We are your specialist legal adviser. Being a m...